(Reprinted from the Kickstarter Campaign for completeness.) 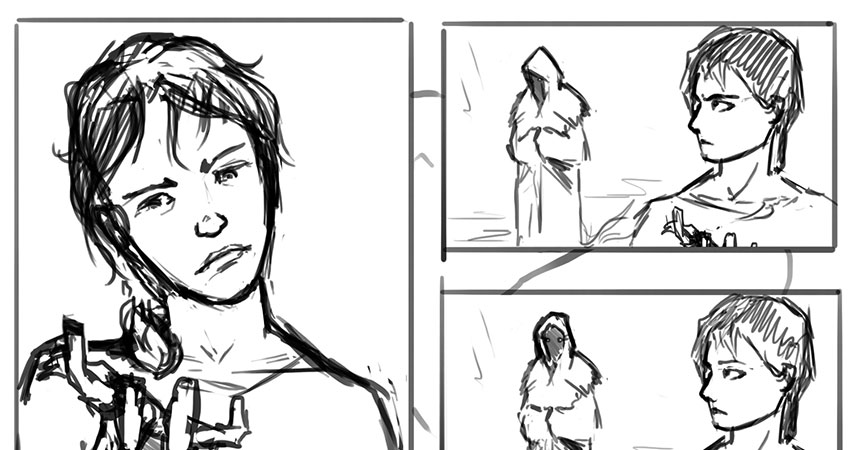 Alright. So that didn’t come out the way I had hoped.

The Kickstarter was actually very educational to me in that I learned a lot about promoting a webcomic. There were promotion methods I’d been using that it became obvious pretty quickly weren’t getting any attention and there were methods that I’d completely ignored that I discovered during the campaign actually got much better results than many of the things I was doing before the campaign.

As a consequence, I actually know a lot more about promoting a webcomic today than I did about a month ago. And it became obvious over the campaign that the comic doesn’t have the existing readership to pull off a kickstarter of the sort we wanted to pull off.

Well, first off, we’ll try this whole thing again after a bit. But there are a few things to do before diving back in.

Readership. The comic needs a bigger audience. Not everyone who reads a webcomic is willing or able to back a kickstarter to help print said webcomic. I need to work on promoting the comic and growing the audience. Bigger audience, more backers.

I’ve got some ideas on what to do differently than what I have up to this point on that front.

Digital distribution. I’m going to move forward on publishing the digital version of the Wild Hunt Volume 1. It doesn’t cost anything but time to get that up and running and perhaps the income from digital will bring enough money back in to either fund the print edition, or defray printing costs so that we’ll need less out of a kickstarter to fund the print version of the comic.

Sick pets. Last week, Sakura, our eldest cat got very sick. We thought she was dying and I became much less concerned about promoting the kickstarter. After several vet visits and aggressively resisted medications, she’s much better. Looking quite well, in fact. But I learned not to have sick pets during a kickstarter. It’s really stressful and distracting.

I expect to have the digital distribution for volume 1 set up pretty soon. I’ll keep you all posted here or there or there as to the progress on that.

It’s been an interesting ride. We’ll try it again at some point.